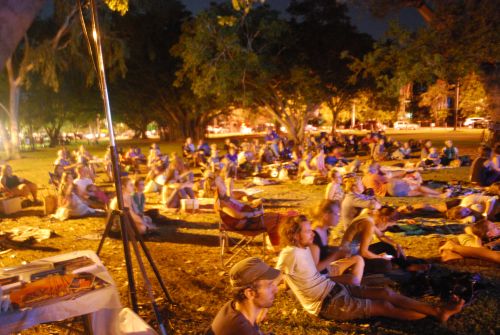 It was a magical night under the stars as supporters gathered together at the Rapid Creek foreshore for a Free Screening of Disney Oceans.

The film took us deep into the world's Oceans, into the very waters that sustain all of mankind, exploring the harsh reality and the amazing creatures that live within.

Thanks to our local scientists Rachel Groom and Carol Palmer, who spoke about some of our treasured local species and the need to protect them.

And thanks to our many Top End Sea Life supporters who took action and signed postcards for better marine protection!